When I saw the title of the new movie version of this book, I knew it had to be a typo. The book was published - in 1958 - under the title, Mrs. 'Arris Goes to Paris.  I just learned - from Goodreads - that in Britain, the title was Flowers for Mrs. Harris. Notice that the British title did not drop the "H" from Mrs. Harris' name. I wonder if that bowdlerized spelling was considered a slur. Hmmm.

The author was Paul Gallico. I read all of the Mrs. Harris books. For a hardworking charwoman, she got around. She even went to Parliament.

I moved on to Gallico's less humorous works.  His first foray into authorship was as a "smart-alecky" movie reviewer. Then he became a sports writer. After asking if he could spar with Jack Dempsey, (he lasted two minutes), he wrote about the bout and his fortune as a sports writer was made.

Gallico was a storyteller at heart and in the late '30s he sold a piece of fiction to the movies, quit his sports writing job and moved to Europe to write fiction.

He made his mark with the novel The Snow Goose, the story of the friendship between a reclusive artist and the young girl who brings a wounded snow goose to the artist for healing. Every year the snow goose returns to the marsh where the artist lives.

I read Gallico's books as a teen and all I could remember of this book was the returning goose and the boats rescuing soldiers at Dunkirk. The ending is bittersweet. I LOVED it. (I was young.)

Gallico wrote novels that will be familiar to movie goers - Thomasina, for instance. His Love of Seven Dolls (warning: this is a dated and sometimes troubling story) became the movie Lili  and was the inspiration for the musical Carnival. He wrote The Poseidon Adventure as well.

The 2022 movie version of Mrs. Harris Goes to Paris follows the 1992 movie that starred Angela Lansbury.

Looking into Gallico's work - 41 books, 20 or so movies - I realized I barely scratched the surface with Mrs. Harris, Thomasina and the The Snow Goose. I may have to find a few "sentimental" books by Paul Gallico. 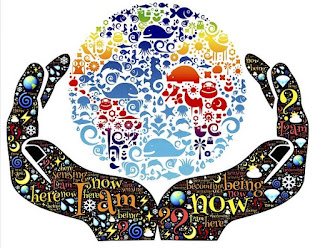