When I was a youngster, I remember reading Mollie Whuppie in one of the many fairytale collections at the public library.  I am a fairytale kind of person.  Mollie Whuppie is a little short on sparkles and ball gowns and a little long on violence and greed.

I don't know why I like the story so much.  It may be the archaic dialog between Mollie and the giant she torments.  It might be that Mollie is an unexpected hero - the runt of the family, and a girl to boot.
When I figure it out, I'll let you know.  I have to admit, I did not tell the original ending.  That ending is a bit too gruesome for my tastes.

Today, I decided to share Mollie Whuppie with the sixth graders at Nazareth Intermediate School.  My version has some (ahem) blood in it and there's lots of action.  I guessed, correctly, that the guys would like it.  What I didn't expect was all the questions the kids had during and after the story.  One question that cropped up in three of the four classes was this.  "How did the King know what the Giant had and where he kept it?"

And why did Mollie carry the treasures back to the King?  Why not keep them for herself?

And why didn't those old time storytellers ask these questions themselves and answer them in the story? (My question.)

Perhaps Kings were such powerful people that listeners at the time thought Kings knew what everyone had and where they kept it.  I bet that they felt that way at tax time.

Now, about keeping the loot for herself, Mollie had to protect her sisters who might suffer at the hands of the King if Mollie "cheated" him.

As to abandoning the youngest rather than the oldest, I invite you to offer reasons for that.

In the meantime, these questions make great writing prompts and I imagine a comic book series about The Adventures of Mollie Whuppie.  Although there are picture books out there starring Ms. Whuppie, she could be a superhero.

Posted by bookkm at 3:13 PM No comments:

Tough times when a person's favorite people move away. Sending texts to simply say "We miss you," gets old...to say nothing of annoying. So today, I took another tactic.

"This screen is empty/ no when, no where, no questions/ an expanse of gone."

And so it continued.  At one point I got this message. "I could do this all day.".

"Not really walking." "Your dad is carrying you." "And he is tired."

My text haiku deteriorated after my first attempt.

I am finished now. My screen is dressed in letters. My heart is at rest.
Posted by bookkm at 9:09 AM 2 comments:

Email ThisBlogThis!Share to TwitterShare to FacebookShare to Pinterest
Labels: Haiku

I love Picture Book trailers.  Here's a cute one for you.

Posted by bookkm at 2:23 PM No comments:

I read YA week is HERE!! 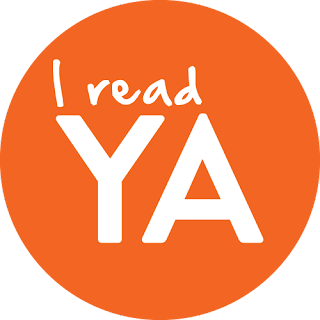 Check out all the great book recommendations, prizes, photos and stuff on Scholastic's This Is Teen page.
Posted by bookkm at 9:41 AM No comments:

Email ThisBlogThis!Share to TwitterShare to FacebookShare to Pinterest
Labels: I read YA

Becky Ginther!  You have won the copy of Fog Diver!!  Send me your snail mail address please at bookkm@gmail.com.

Tomorrow is the last day for the Fog Diver giveaway.  Comment here or on the original post and your name goes in the Oracular Yogurt Cup from which a winner will emerge.   It's a fun Sci-Fi novel for middle grades with a steampunk edge.  I will announce the winner here by noon Eastern time tomorrow and it's up to you to email me at bookkm@gmail.com with your snail mail address.

And what have I been doing this past week?  Visiting with relatives and reading the latest adventures of pre-teen sleuth and chemist, Flavia De Luce.  When last seen, Flavia found out that she was to be sent off to boarding school in Toronto, CA of all places - far, far from the field of the ancestral De Luce home in merry old England.  Since then, she has starred in a short story - The Curious Case of the Copper Corpse - in which Flavia is called to the local boarding school to figure out what happened to the teacher found dead in a dorm bathtub and plated with copper.

After that, she is banished to Toronto.  The very first night there, she is assaulted by a classmate and a dessicated corpse rolls out of the dorm room chimney. As Chimney Sweepers Come to Dust is Flavia's most recent foray into detection.  Far from home, dealing with unfamiliar routines and unwritten rules, given contradictory directions at every turn, it is no wonder that Flavia is often close to tears.  WHAT!!!!???  Not redoubtable Flavia De Luce!  Scourge of older sisters!  Dissembler extraordinaire!  Yes, Flavia ends up sobbing in this novel and, personally, I would have been wailing before the 3rd page, if I was she.  (If there are tears can hormones be far behind?  Perish the thought!)


Luckily, for readers everywhere, I am NOT Flavia.  Flavia fans may have trouble following this book because no one is entirely trustworthy at Bodycote Academy - especially the staff.  There is a lot of cloak and dagger-y spyish stuff.  Flavia gets a little bit closer to what her mother might have been involved in before her disappearance and death.  Don't expect anything but hints and rumors though.

The mystery at Bodycote involves disappearing students, suspicious Board members, a chemistry teacher suspected of murdering her husband - with poison to Flavia's delight.  That Academy is a hot mess, all the way around.

The ending made me happy and that is all I will say here.
Posted by bookkm at 11:07 PM No comments:

Twig is an only child as far as the townspeople know.  They don't realize that her older brother James lives in the attic, out at Fowler Farm.  Twig's mother returned to the family farm late at night when Twig was small.  The rules were set right then and there.  The Fowlers kept to themselves; made no friends; excepted no visitors.  200 years before, Agnes Early, who lived in abandoned Mourning Dove Cottage, put a curse on all the men in the Fowler family.

The town of Sidwell accepts their own, no matter how strange they behave.  Besides, with a series of small thefts, reports of strange things flying at night and weird graffiti, the townsfolk can't worry about the Fowler women.

Then, one day, Mourning Dove Cottage is no longer abandoned.  Twig finds a friend.  James finds a reason to come out of hiding.  And the Fowler family finds themselves in the spotlight.

The story is compelling.  The characters well-drawn and sympathetic.  The dilemma faced by all the young people in this book is troublesome.  How do they protect James from people who might misunderstand his differences?  How can they break the curse?

I never felt that the book was written for young people.  There was a measured pace - not that things didn't happen quickly enough.  They did.  But the pace seemed better suited to more seasoned readers.  As things became complicated, though, I felt the author explained feelings too much.  I wasn't sure she trusted her audience.  These two things made a stellar book a little less starry.

The story is the kind we fall asleep dreaming of - possibilities, hopes and moonlight.  Enjoy.
Posted by bookkm at 5:20 PM No comments:

This has been the Week of ARCs.  I received TWO copies of Fog Diver by Joel Ross and I'd love to gift one to somebody.

Chess is a tether diver.  He dives from an airborne salvage raft into the Fog that covers the earth. The Fog eventually poisons humans exposed to it, forcing people to live on the sides and tops of mountains.  The remains of human civilization lie beneath the Fog, just waiting to be retrieved by tether divers like Chess.  But Chess is different.  One of his eyes has Fog swirling inside it.  He hides this disfigurement the best he can with the help of the salvage raft's crew - Hazel, bossy, clever and brave; Swedish, the best pilot a raft could have but a wee bit paranoid; and Bea, the sweetest little gearhead around.  Chess's eye makes him the prey of the evil Lord Kodoc of the Roof-toppers and puts his crew mates and their foster mother, Mrs. E, in danger of capture, slavery or worse.

Set far in the future - the origin of the Fog is technical and strained this reader's credulity - the crew's conversation is peppered with pop culture references from the 20th and 21st centuries.  Ross mixes facts and fiction in these references in a humorous diversion from the fast paced action of the plot.

The crew flies, crashes and tumbles from one dangerous situation to another for the ENTIRE book.  And there are enough questions left at the end of the book to make a sequel, maybe more than, one a probability.  I say, a sequel is a necessity.

Ross designs a clever future world, laid waste by technology run amok.  Chess and his crew are a likeable close-knit family and Ross gives each character specific talents and personalities.

Young readers won't care how the Fog began.  They WILL LOVE all the action and last-second escapes in this book.

If you'd like a copy of Fog Diver, which, alas, does not have any art or cover design on it, please comment below.   The book is due out on May 26th.  I will do my best to get it to you before then.

This giveaway offer ends on May 18th.  Remember, I choose the winner by putting your comments in the Oracular Yogurt Container and picking one.  So comment away!!
Posted by bookkm at 11:32 AM 4 comments: